Carriage House Foundation was formed December 7, 1984, as a 501 (c)(3) non-profit corporation, capable of receiving tax deductible contributions to provide the funding for charitable and educational activities to enhance the automobile industry in Nebraska. The “Book of Memory” is maintained at Carriage House listing the names of deceased dealers and friends for whom memorials have been donated.

John Baxter, Baxter Chrysler, Omaha, was a founder and served as the first President of Carriage House Foundation until his resignation in December, 2006. The current President is Brian Hamilton, Midway CH CA BU CR DO JEEP, Kearney.

In 2008, John Baxter began a series of gifts donating a section of farm ground in Sherman County, Nebraska to the Carriage House Foundation.

To increase the number of trained and qualified service technicians in Nebraska, scholarships are awarded annually to students in automotive-related studies at each of the state’s six technical community colleges. Carriage House Foundation has awarded 272 scholarships from 1985 through 2018 in the total amount of $293,616. In addition, in 2019, the Foundation distributed $182,000 among the state’s six community colleges for facility upgrades, equipment, and additional scholarships.

Planned programs include an ongoing statewide public relations campaign accentuating the positive contributions dealers make to their communities and an ongoing series of educational seminars for dealers to help them maintain high business standards.

NNCTDA Board resolution to purchase the land at 13th and H Streets in Lincoln and start plans for construction of the Carriage House.


Date of plaque at Carriage House listing the names of the 104 dealers who contributed to the construction of the Johnny Baxter Carriage House. 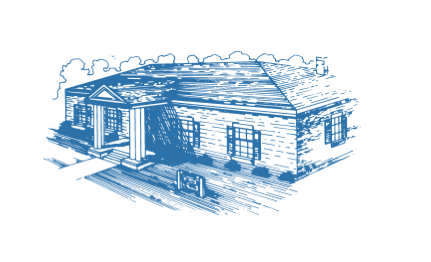 *Note: Numerous items were purchased before the demolition of the old Cornhusker Hotel in Lincoln and were incorporated into the construction of Carriage House. These included the chandelier and French doors with transoms in the reception area and the board table and chairs in the board room.


To make tax-deductible contributions for charitable and educational activities, or for memorial contributions to honor deceased family and friends, make your check payable to “Johnny Baxter Carriage House Foundation” and mail to Nebraska New Car & Truck Dealers Association, P. O. Box 95023, Lincoln, NE 68509. If the contribution is for a memorial, please indicate the name of the deceased for whom the memorial is being made.

All franchised new car and truck dealers in Nebraska are invited to become members of NNCTDA.